When I got a text from Dani inviting me over I felt flattered, as usual.

This time, I was standing at the stove making chicken noodle soup per the request of my recently-diagnosed-with-a-mild-ear-infection daughter, when I got a text from Dani to come over for bubbles. Huh, I thought. I haven’t heard from Dani in ages.

At Dani’s house I walked in through her creaking door and almost made a joke about the patchouli I smelled. Later she explained that the other guest soon to arrive always commented that her house smelled like a health food store, and so she was burning incense and candles to try to remove that impression. The other guest, Sara, commented immediately upon arrival that the house smelled different, and that she liked the health food store smell. Her puppy went wild trying to eat Dani’s shoes for the rest of the evening.

When my boyfriend and I started dating, he sent me a link to a story written by his friend – Dani – which I read and then thought ‘I should never write again’ because her writing was too good for me to even bother anymore. Later that month he invited me to her house for a spaghetti party and I was so intimidated that I ended up hiding in the kitchen and washing dishes with a red-headed stranger named Henry just to avoid her.

On this night Dani talked while rolling her eyes about her upcoming travels with Nick Flynn and her trip to Jamaica and how Newsweek was following her for some sex travel story and her friends from Hip Mama and Rad Dad were having a re-launch party and then they’d all be touring together and bla bla yadda yadda yadda, all while a Fleetwood Mac record spun and then stopped, waiting to be turned over. I wanted to be her. Or I wanted her to say “oh hey, you should come with me to Jamaica, I need a minion to fetch my coffee in the morning and wield away slimy men in the bars at night…are you busy?” And of course I would be, I have kids and a job and a boyfriend who I love and live with and, you  know, a real normal life in which I don’t get mic’d by news crews while I read excerpts from my newly published book. “I can’t,” I’d have to say. “Sorry.”

I excused myself from my fantasy to use the bathroom.

There’s a kitty litter box beside the toilet. I don’t know why that always catches me off guard, but it does. What the… I thought with a start, again. An array of creams and lotions and washes that any house with three women of varying ages and skin types would hold is scattered on the few available surfaces. Also a jar of Q-tips. A dish of jewelry. Another dish of jewelry. And another. I stopped to notice all of the accessories. What must it take to decide how to accessorize on any given day? How do they do it so well?

I wanted to be a Burlison girl – if not Dani then maybe her daughter? Writing messages to my mother on the shower wall with the hair I pulled out while washing my head, learning the facts of life from watching Sex and the City DVD’s, doing ballet on the beach.

Back at the table near the record player I listened to a few more stories, some I admired and some I felt relieved not to be a part of. I knew I had to go home to my daughter with an ear infection and my boyfriend who gave her her medicine and put her to bed. I gave hugs, poured a little more wine, gave another hug.

When I got home, the house was quiet and everyone was asleep. I decided to write a little before bed, but when I went to make myself a cocktail I found that half of the ice cube trays had been taken over by popsicles made from juice and some of my son’s longer Kinex pieces. I felt overwhelmed with gratitude and love.

It’s so Okay, this life. It’s so really really okay. It’s so great that right now, right this moment, I don’t need to be anyone else. Not even Dani Burlison.

As crazy as that sounds. 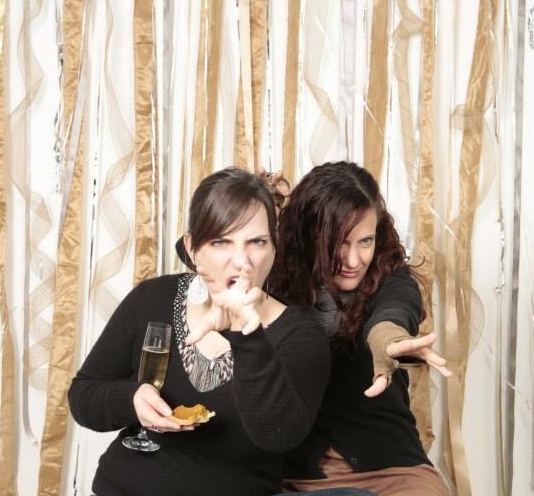