When Dennis and I started dating, a soft golden light shone on everything.

I collected fine things at that time in my life. I would bring Dennis home to show off all of my odd pretty things, and then I would sit him down on my twenty-dollar couch with a 7 & 7 and Nina Simone playing in the background. “Wait,” I’d tell him.

I would walk slowly to my room, where I would change my clothes into something dressy. I’d step back into the hall, clear my throat to get his attention, then do my best runway walk toward him. When I reached the open floor of the living room,  I’d twirl. Over and over I did this, my outfits getting grander and more outlandish as the night wore on and as Nina turned to Leonard Cohen and Leonard turned to Morphine and Morphine to Nick Cave. Dennis would just sit there, smiling, shaking his head each time, so pleased. “I don’t even know what to think of you,” he would say.

Dennis and I laughed a lot. We discussed literature and music, we got dressed up and dined at restaurants we couldn’t afford. He put up with my singing and I forbade him from playing air guitar, we wrote poems and made mixed tapes for each other. We crashed wedding receptions at Pebble Beach, we mastered billiards in the pool room at our favorite bar, Bosso’s. We drank Miller High Life because on the night we met I’d scoffed when he’d offered to order me one. He’d clucked and drawn his finger under the words on the label that read: Champagne of Beers. His assurance of the beer’s worth had reminded me of Paul Simon’s Diamonds on the Soles of her Shoes, and so I’d accepted.

Because Dennis was in the military, he couldn’t often come home with me, and so after our dates I had to drive him up the hill to his barracks. One night as I was driving him home, drunk on bartime and giddiness, I hit a curb. I corrected the car without missing a beat from the song I was wailing along to, and he turned the music down as I crooned “ya got ta know how I feel about-cha! How I’ll always want-cha near!” until I couldn’t hear the words anymore.

He said “Amanda…Amanda! Listen. Listen.” He waved his hands in front of his face, and said “Listen.” He took a deep breath and said, “I might regret this in the morning. But I think I love you.”

Then he turned the music back up to full volume and looked straight ahead, smiling, as my heart swelled into my ribs and almost collapsed my lungs. And then I sang some more. 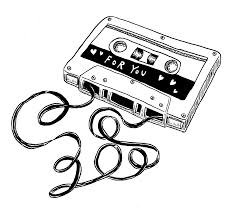 We were so enamored with each other – in that smitten,  ‘can’t believe our luck’ way. Our music, our writing, our humor all connected seamlessly. But I was very unsettled with myself at that time. I’d driven across the country, landed in paradise, and still couldn’t make sense of myself. I jogged furiously at 5am; I sat crying on my perfect, soft bed; I fell asleep alone on the blackened beach at midnight – when my clothes got damp enough from the fog to wake me, I’d get up and drive home. But when Dennis was around, everything worked. Except sex.

When he asked for my thoughts on the topic, I would answer that I was fairly indifferent to the idea. He was the first man I’d ever felt comfortable enough with to actually say those words out loud.  And he said, “Okay.” And I loved him for that. In whatever way that I could.

I never called Dennis my boyfriend. I didn’t think it was fair to him, and I didn’t yet completely trust affection, or my own feelings of adoration toward him. Instead I made light of us and found ways to remind him that while this was fun I was not, in fact, his girlfriend.

He was quietly adamant, waiting for me to come around. So I started trying to pull myself away.

A time came when an old flame from Michigan told me he was coming to visit. Because Dennis wasn’t my boyfriend and I wasn’t his girlfriend, I told him about this man and how I felt about him, and in his eternal patience, Dennis said he understood that I wanted to spend some romantic time with my visitor.

Mark was my old boss, and we’d had an intensely passionate but also unconsummated affair in the last few weeks leading up to my departure from home. I’d been reliably sending him poems and pictures and letters in the months I’d been away, which he was responding to with this visit. My focus turned entirely toward anticipating his arrival.

When I pulled up in front of my house after work on the day he was due to arrive, I found Mark dozing in the sun on my lawn, wearing a pair of overalls that on any other man would have looked nothing short of ridiculous. But on him, my god, those goofy fucking overalls absolutely slayed me.

I took Mark to all of my haunts:  The Dream Theater where they used real melted butter and so Dennis and I needed to get two different bags of popcorn because I wouldn’t share; a drive to Big Sur where Dennis and I once stopped into the Henry Miller museum, wanting to be impressed but failing;  dinner at The Loose Noodle, where Dennis and I had quickly learned that they poured wine right up to the rim of the glass; coffee in Pacific Grove, where, after lattes on a similar afternoon,  Dennis and I had found a grassy patch in the sunshine and had laid down side by side,  reading poetry aloud to each other, until I decided to climb a nearby tree and then couldn’t get down. I’d made him look toward the ocean so that I could fall and recover without him seeing – so deep ran my pride.

And, of course I took Mark to Bosso’s, where we listened to the great records and played dice at the bar. He won every round and soon I threw my hands in the air – never a gracious loser – and said it was time to play pool. I knew I could beat him at that.

Walking into the pool room to stake out a table, we ran into Dennis and his military friends. They stood around him, like a tribe, trying not to openly glare at me while I casually introduced these two men in my life, past and present.

Mark shook Dennis’s hand and said “hi Dave, nice to meet you.”  Dennis looked him in the eye and only barely blinked. He said, “nice to meet you, too.” Then we all went our separate ways.

Mark asked, “are you okay?” I took a deep breath, stood upright again, and said “I don’t know.”

Dennis never said anything about me getting his name wrong. After Mark left I called to apologize, and he pretended like he hadn’t noticed, saying as much, with his hurt pride seeping through the holes in the phone receiver. Then he joked about it, I joked about it, and we moved tentatively forward. My mistake had set something in motion, though, and neither of us could ever get off of our individual tracks again.

Dennis started asking me more often what I wanted, what my intentions were, what we were. He wanted me more. He wanted more of me.

His genuine patience and unending support were confusing to me. I tried to be careful with him, feeling injured on his behalf, but also felt unable to stop myself from hurting him more. Instead of taking his solid kindness as a means to find strength in myself and in this positive relationship, I found weakness in it. His gentle, understanding nature translated itself to me as something lackluster and worth dismissing.

An unexpected opportunity came up to go work and travel in Australia. I never considered Dennis in my decision, but simply decided to go and started making plans. With the wheels already in motion, I told him I’d be leaving in a month. I talked travel logistics and details to him while he sat back quietly, baffled and wide-eyed. Once it sank in that I was leaving, he would joke weakly, “you don’t have to run all the way around the world just to avoid being my girlfriend, you know.” I would roll my eyes and change the subject. It was terrible, the way I tossed around that poor young man’s heart. I knew it, even then. But I kept right at it.

On the day before I flew away Dennis stood on my doorstep in his white beater tank and military khakis, his shoulders slumped in defeat, the ever-present twinkle in his eye long gone. I kissed him goodbye and lied, “okay, I’ll see you later then,” knowing full well that he would be stationed elsewhere when I returned.

He looked at me sadly, shaking his head. “Amanda,” he said. “Listen.” Then he looked away and said “okay, see you later.”