When I was 19 I lived alone in Kalamazoo, Michigan after a failed attempt to move to California. I’d gone out to a town called Moraga with my friend Heather, but left when she fell in love with a hair dresser from Malibu. She moved in with him, I moved back home, tail between my legs.

Heather had promptly and accidentally gotten pregnant. She often called me, crying, begging  me to return and help her through the transitions in her life. “I need you here” she would say in her breathless, manic way. I would cry back and tell her I couldn’t afford a plane ticket or a risky  move again. “I’m so sorry,” I would say.

One morning she called and told me she knew how to get me back to California. I’d been sitting quietly in the dark of the snow-blocked windows. I’d just served my lying, cheating boyfriend a breakfast of eggs, bacon and homemade home fries, and he’d left, probably to go sell drugs out of his roommate’s basement. I didn’t know yet that he was a lying, cheating drug dealer. I just thought he was busy, inconsistent, and very energetic.

When I picked up the phone, Heather said “heeeey Tinkerbell!” I recognized her voice and asked her how she was doing. She rushed on – “So Ray knows this guy, he produces huge, major shows, and he’s looking for a Tinkerbell right now. I told him about you, you’re fucking perfect.”

I listened to her explain the situation to me. I had to have a phone interview with this guy, which was just a formality because she’d told him all about me and the part was as good as mine. He would fly me out to ‘audition’. Then I would play a fairy in his show until it ended several months later. All told it would take up about a year of my life. I started to get excited about the prospect of leaving, of being onstage, flying over a dazzled crowd with my pixie hair and gossamer wings.

“There’s no way you guys will have room for me, especially when the baby comes,” I told her.

“Oh, no, no don’t worry about that. Bill is, uh, willing to rent you your own apartment. And pay for all of your expenses. Groceries, bills, clothes, shoes, haircuts…you know, everything.”

“Wait, what? Why? That doesn’t make any sense!” I was a terribly naive young girl.

“Well Bill is just so busy, he keeps really really busy, he’s a super big wig in LA. And he doesn’t really have time for a serious relationship, you know? But he gets lonely sometimes, so he just wants a…companion, sometimes.”

“You know, just dinners, some travel, you’ll get to go to fancy parties, tons of celebrities will be there, maybe you’ll get discovered!” She knew one of my silly fantasies was getting ‘discovered’ despite having no marketable skills. Or, so I’d thought.

We talked for a while going over details. She assured me that he was a stand-up guy, just lonely and no time to date. “Think about it, you’ll get anything you want – clothes, money, a great apartment – and all you have to do is be available once or twice a month when he wants to hang out with you. You can probably even date other people, I don’t think he’d care. As long as your schedule is clear for him when he needs it to be. It’s perfect! God, I wish I could do it.” Then she said “shit, I gotta go, love you” and kissed into the phone before quickly hanging up.

A few days later Bill called. He had a kind enough voice and a laugh that sounded like he’d gotten it out of a can. He asked me about myself and said he’d heard I was an absolutely amazing person. “I’m surrounded by all these fake, phony cheeseballs here, you know?” he said. I didn’t know. “I’d love to spend time with you. Bring you out here, take care of you, no pressure. I just want to spend a little time with someone real for a change. ” I didn’t know how to respond to this.

I was really bad at saying no, especially to men, so when he again said “no pressure, just think about it, I’ll call you in a couple days,” I hung up and sat down on my ratty vintage pink couch. I pictured it – a large, airy, open apartment in southern California with lots of plush white pillows and billowing sheer white curtains; dinners out on the town; private jet travel to Italy and Albuquerque; modestly schmoozing with the stars.

I pictured myself curled up with a little white dog (why everything was white in this fantasy, I don’t know) on the cozy sofa, getting a phone call. I’d answer lazily, stopping to sip my martini while I listened to the caller. It was Bill. He was going to send his driver around to collect me, we were having dinner that night. I frowned because I had plans with Alberto, my secret lover. But I had to cancel them because Bill called the shots….

I pictured myself becoming resentful, internalizing my disgust with Bill and myself through alcohol, becoming sloppy at parties. Ceasing to answer the phone when it rings and arranging secret rendezvous with Alberto on the pay phone at the tapas bar downstairs. Eventually being confronted by Bill when he shows up unexpectedly at my apartment – for some reason I’m wearing an open, flowing white robe, and holding another martini. 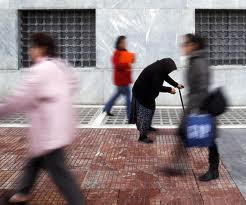 When Bill called back later that week, I managed to politely decline his offer. I shuffled around my cold little dark apartment in my slippers and sweaters, pouring a shot of Baileys into some Suisse Mocha instant coffee, and explained to him that I couldn’t possibly leave all that I had at home.

I heard from Heather within the hour. I listened to her sobbing on the other end of the line, telling me she could never make it out there without me, the people were terrible and had no souls. While she talked I crawled under the covers of my bed to try to get warmer. When she stopped I said “I’m so sorry, Heather. I am. I just don’t think I can play that role.”

Amanda Janik. This is the place where I write things. If you like what you read, great! Feel free to subscribe, follow, whatever. If you don't, that's okay too. Have a nice day.
Join 297 other subscribers